Skip to the content
Heart disease is a major problem in the western world. It’s one of the major killers and usually something people can prevent. You need to choose a healthy diet and avoid foods that commonly increase the risk of developing heart disease at some point in life.
While there are many theories over certain foods causing heart disease, there are only some that have been scientifically proven. In fact, some of the theories haven’t been proven at all yet, with some studies showing no effect at all.
So, it’s time to get educated. It’s time to learn what you really need to either avoid or cut down on to help promote good heart health. 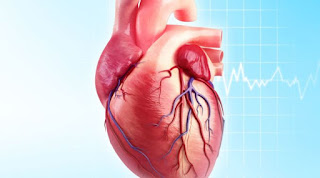 1. Cheesecake.
Let the sweet toothed beware; most cheesecakes will run up your calorie and fat intake. An especially risky choice is the Cheesecake Factory’s Godiva Chocolate Cheesecake, which packs a whopping 860 calories, 57g of fat, and 80g of carbohydrates per slice. The allure of this indulgence may be strong, but think twice before diving in.
Eat this:
If you have a hankering for cheesecake, opt for the plain variety. With 315 calories, 20g of fat, and 25g of carbohydrates, though it’s not a healthy choice, the plain cheesecake is less detrimental to your heart than its chocolaty cousin.

Fried food is a known cholesterol and fat powerhouse, but chicken sounds healthy. Four pieces of KFC’s Original Recipe Chicken comes with 920 calories, 63g of fat, 350mg of cholesterol—and that’s not including the fat-laden sides.
Eat this:
A grilled, skinless chicken breast is one of the most nutritional meats you can eat. At 120 calories, 1.5g of fat, and 70mg of cholesterol, a grilled chicken breast can make a tasty substitute for its fried, fat-loaded brethren.

Choosing the wrong burger can have big repercussions for your heart. McDonald’s famous Big Mac contains 540 calories, 29g of fat, and 1040mg of sodium. Even if you make your hamburgers at home, a three-ounce hamburger made with 80 percent-lean beef still has 14.8g of fat (5.6g saturated fat), and 76mg of cholesterol.

The best alternative for ground beef is ground turkey breast. It clocks in at an amazing 120 calories, 1g of fat (0g saturated), and 28g of protein per four-ounce burger. Add ground pepper, a pinch of cayenne, and a dash of salt to beef up your turkey burger.

Yes, the steak. High amounts of saturated fat and cholesterol make red meat, particularly in large quantities, an unhealthy heart choice. A top sirloin cut of beef, raw, can run you 594 calories, 18.5g of fat (6.8g saturated fat), and 191mg of cholesterol. If you pan-fry it, you’ll add even more calories, cholesterol, and grams of fat.

Choosing the right cut of beef can prevent a lot of wear and tear on your arteries. The pricey filet mignon will cost you only 6.7g of fat (2.5g saturated fat), and 67mg of cholesterol. Filet mignon out of your price range? A T-bone steak is less-expensive healthy choice for your red meat cravings.

It’s probably no surprise that these breakfast blunders made the list of worst heart foods. However, few people know how terrible can be. Just one Krispy Kreme Creme Filled Chocolate Doughnut is a doozey: 20g of fat (5 saturated), 23g of sugar, and 38g of carbohydrates. It’ll take you an hour to walk off the damage.

Reach for instant oatmeal, which has been proven to lower the bad LDL cholesterol and boost your metabolism. Add some fresh berries for an excellent start to your day.

It may evoke memories of your carefree childhood days, but ice cream is anything but innocent. Ben and Jerry’s best-selling flavor, Cherry Garcia, packs 14g of fat (10g saturated), and 22g of sugar for every ½ cup (approximately two scoops).

The obvious alternative to ice cream is frozen yogurt. The frozen yogurt version of Cherry Garcia contains half the calories and only 3g of fat (2g saturated).
Also Read: 8 Urine Colours And What Each Say About Your Health

It’s an Italian classic: spaghetti and meatballs. Mom’s recipe may include a secret ingredient, but the dish served at Romano’s Macaroni Grill has some eye-popping extras: 1,430 calories, 81g of fat and 41g of saturated fat, and 4540mg of sodium.

If you have pasta on the brain, try the whole wheat variety. On average, this kind contains only 197 calories, 0.8g fat, and is a great source of fiber. A little marinara sauce won’t put you in a nutritional bind. If you’re in the mood for meatballs, go for ground turkey.
Also Read: 16 Signs You May Have HIV Without Knowing – If You Notice Number 6, 12 Or 14, Please Visit Your Doctor Today

A staple at tailgate parties and barbecues, sausages can wreak havoc on your arteries. The Johnsonville Original Bratwurst or Italian Sausages contain 22g fat (8g saturated fat), and 810mg of sodium per grilled link.