I’m thinking we should all relocate to India because I’m not understanding what I’m seeing again oooo.

I stumbled on this tweet on twitter @Graphic Designer and it is freaking hilarious but let the truth be told, Airtel NG what did we do wrong?
Airtel Launches 28GB data plan with unlimited calls in India and the plans comes with 1GB per day for good 28days and in Nigeria, they are offering 3GB of data loaded with 100Mins of calls to all network for only N1700.
Abi is it not the same company that owns Airtel NG? why are they treating us like DSTV? And to make matter worst, the 28GB Unlimited calls is not up to N2000 (Rs. 349). 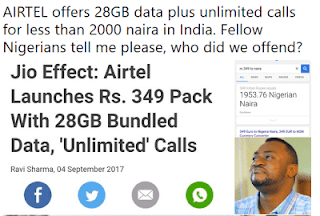 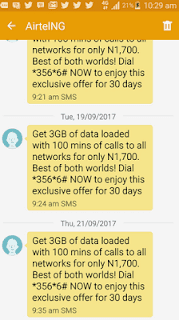